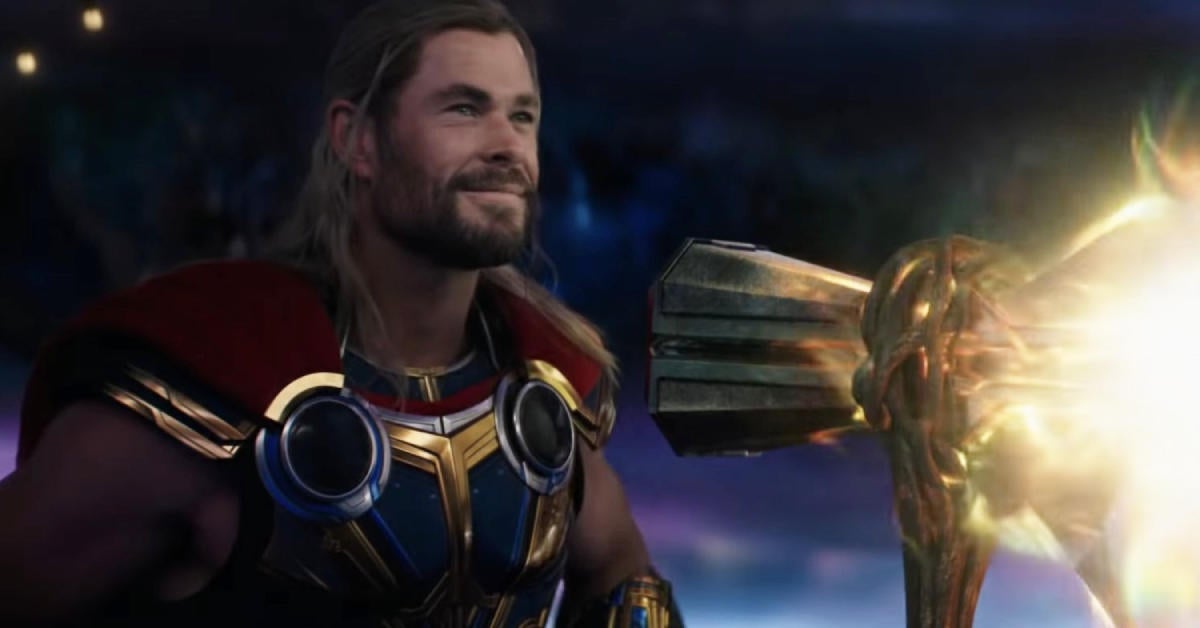 Thor: Love and Thunder‘s new clip has director Taika Waititi already joking about when people are going to want the full trailer. It feels like there will only be days before fans start to clamor for more of Chris Hemsworth’s return as the popular Avenger. In the lead-up to this trailer getting released, the Internet writ largely demanded something from both Waititi and Marvel Studios. (Some of that fervor made sense as Love and Thunder is the shortest gap between promotional trailer and release of a film.) But, the demanding had to be grating for the director and the people behind the studio’s social media accounts. MCU fans travel deep and can be a bit loud when there’s something pressing afoot. Leave it to Waititi to handle things with a smile and a quip when it comes to the low roar surrounding the first trailer for his movie.

“I give it 2 days before they start whining about” Where’s the full length trailer ?, “he tweeted.” To be fair, I also can not wait. Seeing people see this teaser has made even me excited to see this film. “

I give it 2 days before they start whining about “Where’s the full length trailer?”

Marvel Studios artist Andy Park told ScreenRant that people need to be prepared for what’s coming with Love and Thunder. “There’s a reason why there’s been over a decade of successful movies and just why this franchise is growing. So Thor: Love and Thunder falls right into that where it’s just pushing the boundaries of what’s comfortable and what should be expected,” Park began.

“You’ll be surprised and push these characters and the visuals go along with that. I think Taika said it in some interview where he’s just like, he’s surprised that he’s even, he should not be allowed to make a movie like this. And I get it, “he continued. “This movie is crazy wild. It’s so much fun. And I simply can not wait for everyone to see it. Because it was so much fun to work on and design so many characters and do keyframes for. It’s going to be a good one. It’s going to be fun. “

Marvel dropped a description for the trip to New Asgard: “The film finds Thor on a journey unlike anything he’s ever faced – a quest for inner peace. But his retirement is interrupted by a galactic killer known as Gorr the God Butcher, who seeks the extinction of the gods. To combat the threat, Thor enlists the help of King Valkyrie, Korg and ex-girlfriend Jane Foster, who – to Thor’s surprise – inexplicably wields his magical hammer, Mjolnir, as the Mighty Thor. Together, they embark upon a harrowing cosmic adventure to uncover the mystery of the God Butcher’s vengeance and stop him before it’s too late. “

Are you excited about what we saw in the Thor trailer? Share your thoughts with us in the comments below!