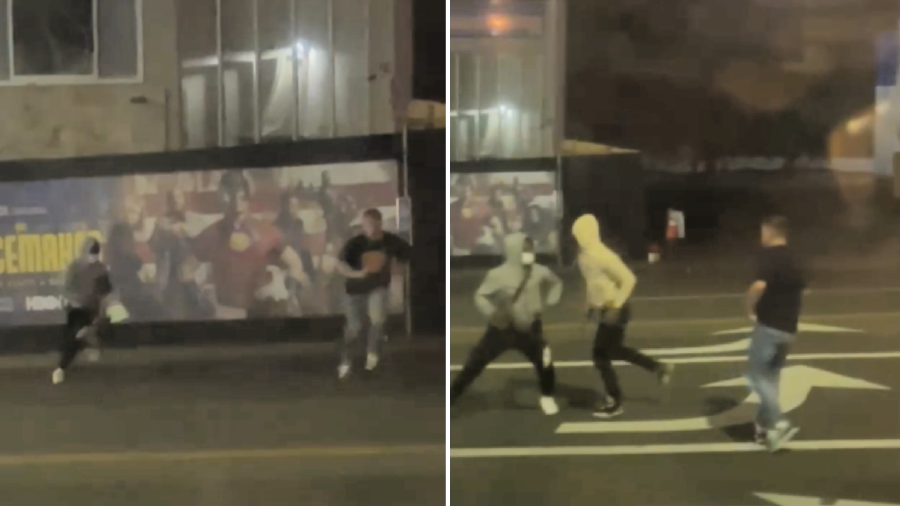 Two tourists were robbed of their watches and cash after leaving a nightclub in the West Hollywood area early Friday morning.

Deputies responded to reports of armed street robbery around noon. 02.45 in the area at 961 N. La Cienega Blvd., near Beverly Grove.

Two victims were approached by two robbers wearing hoodies, including one who had a gun, according to the Los Angeles County Sheriff’s Department.

The robbers escaped with two watches, a bag and an unknown amount of cash, the sheriff’s department said.

William Saunders, who identified himself as one of the victims of the robbery, said he and his friend had just left a nightclub and were on their way to an Uber trip when they were contacted by the robbers.

“Guys with their caps tight, could barely see their faces, jumped out on us, grabbed us,” Saunders said. “One of them had a small gun on him, pointed it at my head and asked me to give him my watch, my bag and my phone.”

Saunders said he threw his watch on the floor, pushed the robber and ran into a restaurant, where he found out there was video of the assailants fighting with his friend, ripping his bag off him and taking his watch.

Mobile phone video acquired by KTLA shows one in a hoodie pulling a man’s bag from him and running off with another hooded man.

“We are visiting from England,” Saunders said. “Only one night in LA, and it’s ended that way.”

“I’ve never seen a gun before, let alone have one at my head,” he added. “I honestly thought I was going to lose my life at some point.”